The client wanted to build a private house / cottage on the land that had belonged to his family for generations.

The idea was to design a private house, in Vääna-Jõesuu, which would be as compact as possible. We took into consideration surrounding buildings, which are presented in the 1970s-postmodern style. It is also based on the indirect imitation of USA mid-century cottage style.

The client had specific features / wishes that he wanted to see at the building - a wooden beam (hidden inside the building), wood, stone, a low part of the roof, overhanging eaves, etc.

One of the specific elements was rock / iron-rock, mainly because it can be found all around the area, due to being an old seabed. It is also used as a decorative wall on the building. Additionally, dark-concealed wood is used on both the eaves and the façade and light wooden board under the eaves box and on the terrace.

The client's grandfather was a man with an engineering degree, and that is why the existing building had good features that we used whilst planning the house. However, since the existing building is in poor condition, it will be demolished after obtaining a building permit for the new house. Good and necessary tricks were taken into consideration whilst design the house, and to respect the old makers, we also added them to the new building.

The layout of the building itself is quite simple, where everything you need is in place but at the same time there is quite a lot of air, wood and warmth. The building has a master bedroom, a children's room, a utility room, a large bathroom, an open dining room / kitchen / living room, where the room is divided by a fireplace- visible from both sides. In addition, between the two blocks of the house, which cannot be visually distinguished, there is a summer kitchen with glass slides, including a smoke / pizza oven according to the customer's wishes. The second block of the house has a sauna entrance hall, bathroom, laundry room and a sauna, which is open to the inside area of the building.

The main part of the building plot is facing the terrace side, to maintain privacy and to give more grass area. The building itself has been moved to the east side of the plot, which is precisely the purpose of getting both the morning and evening sun. 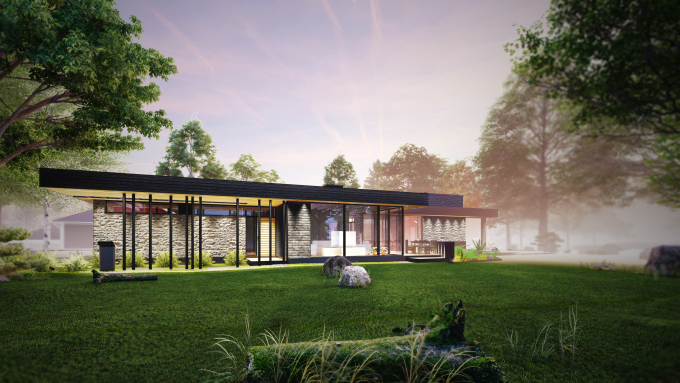 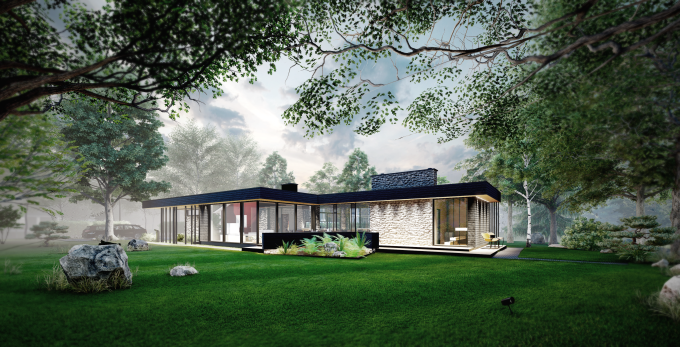 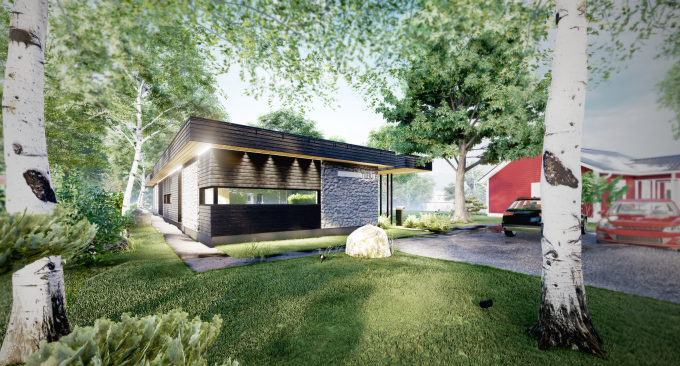 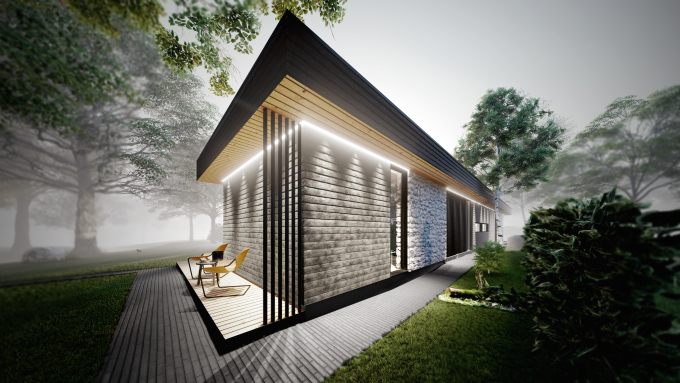 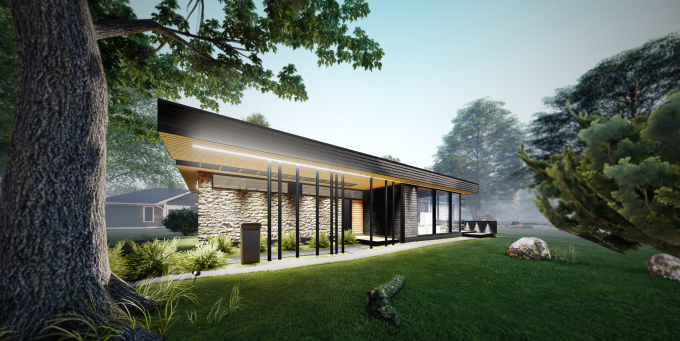