The client's wish was to receive a project for the reconstruction of his private house, which was built under the Nõmme pines in the 1940s and rebuilt twice in the later phase.

Since there were no original funk villa details considered for the original nor the added parts of the house, both the client and architects recommended to renovate the building.

From an architectural point of view, after finishing the reconstruction work, the house is timeless in detail and corresponds to the composition. Together with the customer, a consensus was reached on both the design and the color scheme of the building.

Using aesthetics, contemporary reference works and consulting with specialists, we were able to equate the detail of the building with that of the 1940s.

When reconstructing the building, we also kept in mind the smallest possible change in the general appearance of the building and the degree of difficulty associated with the reconstruction. Considering the building materials, we used period-specific building materials with a dignified appearance - rolled sheet metal, copper sheet, terracotta plaster, natural white plaster, granite and limestone, dignified wood in the manufacture of both windows and terraces, etc.

At the end of the project, the building was given aesthetically as well as architecturally correct dimensions, compositions and facade details. In addition, the posts of the terrace, the retaining walls and the garden posts of the building were restored, which got a new and original look after cleaning. 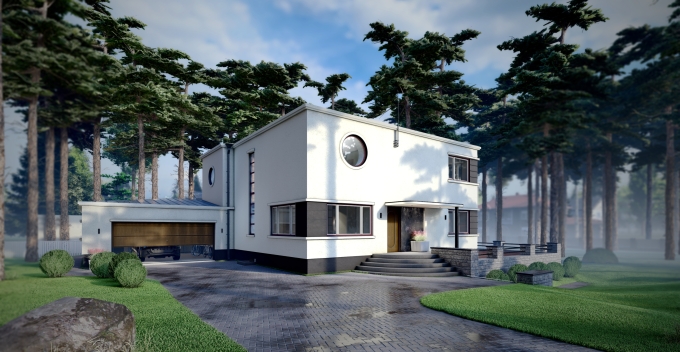 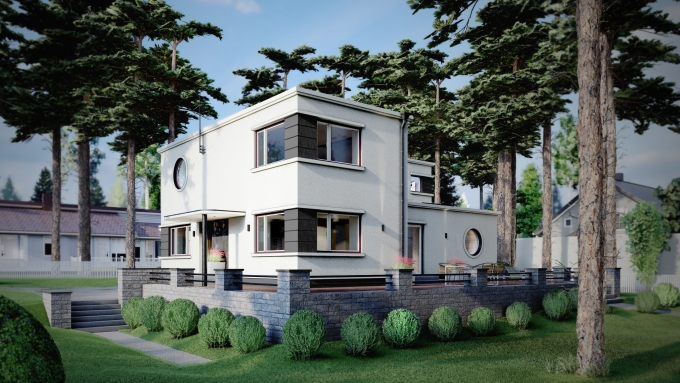 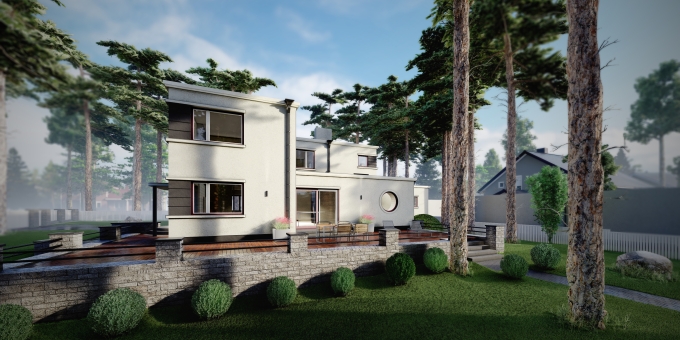 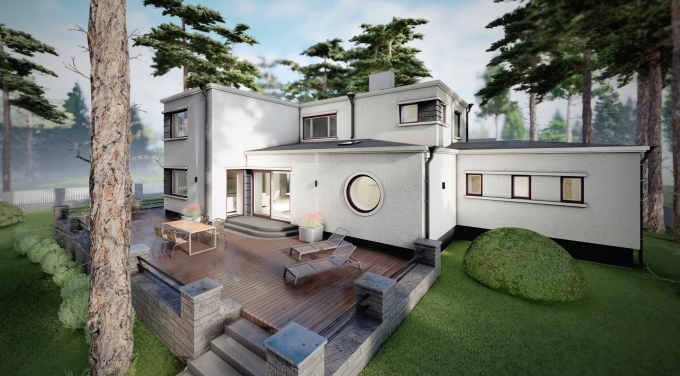 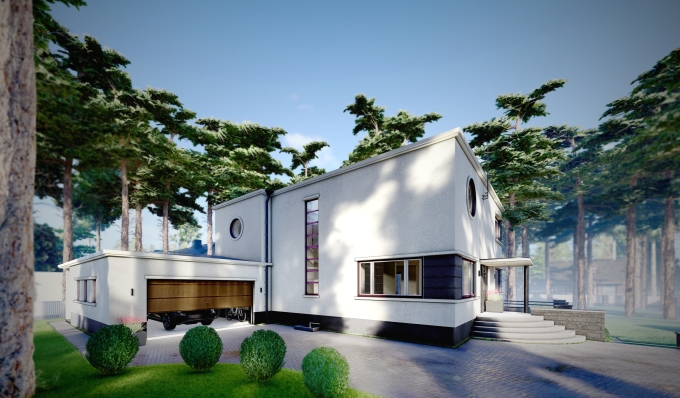 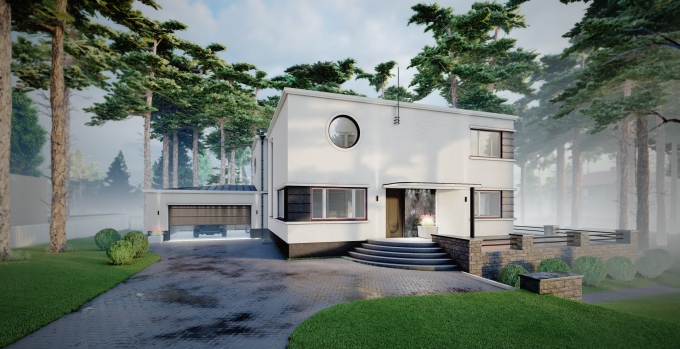