The initial task of the client was simple – to create a bridge with the simplest and most permanent structure possible, which would lead to the sauna house and barbecue area on the other side of the pond. The length of the bridge is about 15 meters.

The load-bearing structure of the bridge is designed from I-beams, which are connected to the bolt connection in the middle. The client's wish was to keep the arch as small as possible so that he could take care of the transport by himself.

The bridge girders are covered with cor-ten plates. Bridge railings are also built with the same tiles – for example handrails, ribbing. In this case, the profile of the rectangular plate is cut in half diagonally, especially when it comes to bridge railings. The reason behind that is to save as much material as possible. When cut in a special shape, the bridge railings also look more aesthetic, and in the evenings the illuminated bridge starts to create different variations of shadows and shapes. LED lighting is planned for the bridge, both next to its handrail and for the lower part of the bridge beams, so that a beam of light would run along the water and thus provide cozy light to the sauna house and barbecue area as well. The walkway of the bridge will be built of wooden boards and will be covered with natural wood preservative oil. The wooden board is placed in a special way in the walkway to form patterns that, together with the corten bridge borders, make the bridge, which at first seemed simple, quite unique. 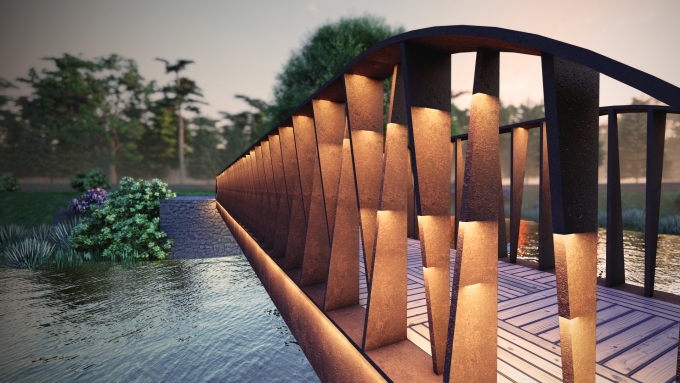 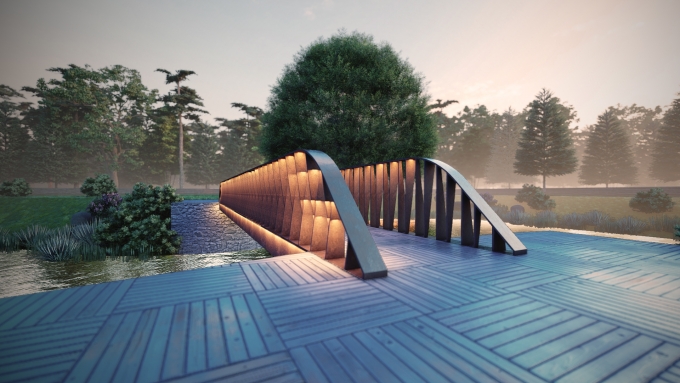 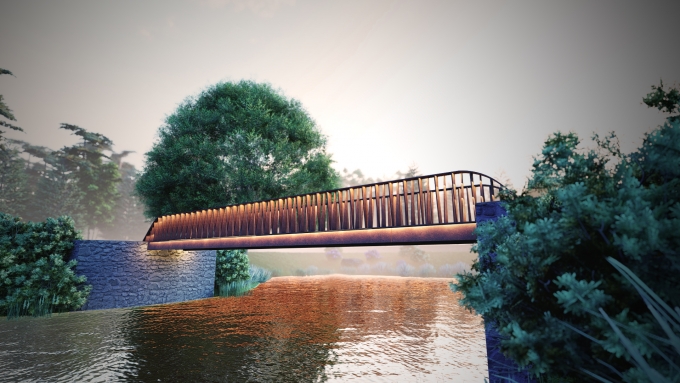